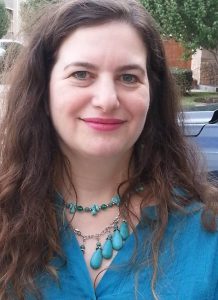 How The Tea Mistress Came to Be

Amanda Vermillion, a.k.a. The Tea Mistress, has had a lifelong interest in teas and herbs. Amanda’s French mother introduced her to “tisanes” (herbal teas) as a child. In college, Amanda took an herbal medicine course and learned about the healing properties of herbs.

From 1990 to 1994, Amanda volunteered at various music industry conferences in New York. She also worked as Volunteer Coordinator and Associate Panels Coordinator of the first Philadelphia Music Conference in 1993.

From 1996 to the present time, Amanda has led social groups and meetup groups in both New York and Texas and has organized hundreds (if not thousands) of events, meetings and social activities. She has served on the planning committee of four national conventions.

In 2011, Amanda founded the Tea and Conversation with Friends Meetup Group in Houston, Texas. A tragic event inspired Amanda to explore the world of tea more seriously. In December 2012, Amanda had made plans to take her Tea Meetup group to The Path of Tea in Houston, a tea shop owned by Thia McKann, the first ATMA-Certified Tea Master in the state of Texas. Thia’s sudden passing on Christmas Day 2012 was a shock to the Houston tea community. It was from reading Thia’s obituary that Amanda learned about the American Tea Masters Association where Thia had earned her Tea Master Certification. As fate would have it, there was a Tea Master certification class starting in January 2013! Amanda knew in her heart that this was the direction she wanted her path to take.

A few days before her first class, Amanda was chatting with some friends about the Tea Master certification. A friend suggested that Amanda call herself “The Tea Mistress”, and thus The Tea Mistress, LLC came to be!

The Tea Mistress, LLC combines Amanda’s passion for, and knowledge of, teas and tisanes with her extensive event-planning experience.

When the company was founded in 2013, Amanda focused on event planning, talks, classes and presentations. Very quickly, she began receiving customer requests for quality teas. The focus of the business soon expanded to include retail sales of specialty teas, herbs, tea accessories and teaware at vendor markets, farmers’ markets, fairs and festivals as well as private parties.

From October 2016 to October 2017, The Tea Mistress, LLC operated a retail store in Houston/Clear Lake. The product line expanded to include gourmet coffee, local honey, tea-related gifts, books and jewelry as well as gifts and local art.

Amanda has been invited to do tea talks, presentations and tastings all over the Houston-Galveston metro area as well as Fort Worth and the Texas Hill Country.

Amanda received the 2019 Outstanding Business Award from Texas Tea and Travel for success, dedication and support for regional non-profit efforts.